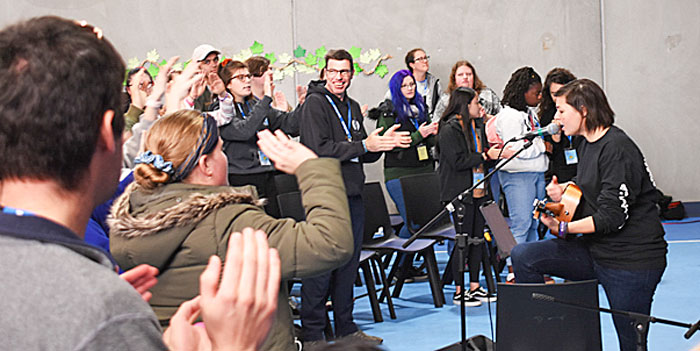 Br Barry recently spoke to Naomi Leach of the Archdiocese of Hobart's the Standard, for an interview that was "a great joy"

Former DJ and now Salesian brother Barry Parker swapped Sid Vicious for Catholic artist Matt Maher on his journey back to the Catholic Church. Br Barry, 51, who began ministry this year at Glenorchy’s Dominic College, describes himself as having a ‘blue-collar faith’ and wants to reach out to youth and young adults and get them back involved in the parish.

His recent move to Tasmania (he arrived on the Spirit of Tasmania with his motorcycle) is the sixteenth time he’s moved house. Born in Footscray, Victoria, Br Barry’s family moved often due to work. Raised a Catholic, his family became disconnected with the Church when he was young, but he continued to retain a sense of his Catholic identity. When he later realised his need for God, it was the Catholic Church he turned to. After studying at a state technical school, Br Barry began an apprenticeship as a fitter and turner within the aluminium industry – a career he continued for more than 20 years, while pursuing side interests.

“I was in the Army Reserves for five and half years in my early twenties. Then I got out of that and got into DJing.” He says he was headed down the path of ‘Sid Vicious’ (notriously wild punk rocker from the 70's) but his conscience was playing on him. Joining the network marketing group Amway was an unlikely way back into the faith.

“It’s a fairly faith-based group. You name it, they were selling it. On say their quarterly conference, Sunday morning would always be a fellowship.” A company conference in Brisbane proved pivotal. “One of the speakers there tugged the heart strings and I’m like: ‘Yeah ok, I’ve got to do something about my faith. I’ve got to get a lot more involved.’ “I actually broke down in tears – it was that moving of a moment – like, ‘What are you doing with your life?’” He went to his local parish, where his younger brother had been married.

“Being a DJ, I got involved with the music liturgy,” Br Barry said. Able to read music, but not play an instrument, he re-wrote a lot of the hymns and got his computer to play the organ. “A lot of the time at the 8.30am Masses I’d be doing solos. My computer would be playing the organ while I’d be singing.” While reading Acts of the Apostles, Br Barry was struck by St Paul’s conversion on the way to Damascus, and asked himself: “What more can I do with my faith?” leading to him discerning the priesthood.

He discerned with the Archdiocese of Melbourne, and then with the Dominicans, while undertaking a degree in Theology. It was a big step for Br Barry who had failed Mathematics and English in secondary school. After two years of study, he began to discern with the Salesians. It was an experience of feeling like he was ‘fitting in’ and being able to see where his faith was going. After completing his novitiate and making his first profession in Fiji, Br Barry completed his theological studies, and then served as a teaching assistant before studying to become a teacher.

Now serving at Dominic College, Br Barry says he is ‘flat out’ as a teaching assistant for woodwork, robotics and metal classes, and working with students with additional needs. “I’ve already told the students: ‘I’m dyslexic too, so we can work this thing out together.’” He has felt welcomed by the college community and hopes to make the connection between young people and their faith easier, particularly post-Dominic College as they head to Guilford Young College.

Republished from print courtesy of the Archdiocese of Hobart

Have you thought about becoming a Salesian brother or priest? Would you simply like more information?
Click here! 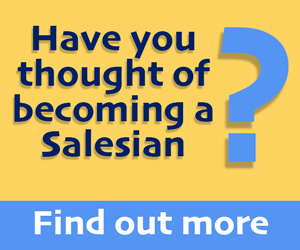